Director, artist, and animator Jaroslava Havettová, known by many as the first lady of Slovak animated film, will celebrate her 80th birthday this year. To commemorate this occasion, the Slovak Film Institute has released a DVD that features a selection of her short films. Fest Anča will host a launch party for the DVD where the director herself will make an appearance.

We can trace the beginnings of Jaroslava Havettová’s career to the 1960s, a period that saw the formation of the first group of young animated film creators. Her films are characterised by their inimitable poetic style. They deal with moral issues, destiny, sacrifice, and the role of an individual in society. Moreover, they analyse the individual characteristics of the main character and interconnect them with the general issues faced by contemporary society.

The film selection found on the DVD comprises key titles from Havettová’s oeuvre, starting with a pop-art-themed clip titled The Song (1969) for a song by Czech singers Helena Vondráčková and Waldemar Matuška. In that same year, Havettová released her timeless short film The Statue, accompanied by a commentary by Marián Labuda, that criticises dogmatists who push ideological clichés without considering the reality around them. Till the Handle Breaks Off (1971) represents a noteworthy technological and narrative attitude to animation. This short film is inspired by Haban ceramics and Slovak sayings. The music was composed by Pavol Hammel and Marián Varga, and the film was narrated by members of the Radošina Naive Theatre. After a short break, the director made her comeback with Contacts (1980) which uses suggestive images depicting absurd, futile, and hopeless tragedies with dream-like ease. These bitter rules of this world are presented against the backdrop of Dežo Ursiny’s music. She also took a critical stance toward our society in her film The Last Stone (1982), which she co-directed with Július Hučko. Come the mid-1980s, her works predominantly featured topics such as a value crisis, breach of trust, and abuse of kindness. Other such films that talk about opportunism are Help! (1985) and The Reason Why We Like Hens (1986). Our visitors can also look forward to seeing Havettová’s magnum opus—an experimental collage film titled The Lot (1988). This film about a ceaseless stereotype gained multiple prestigious awards, including the Silver Bear at the Berlin International Film Festival. It raises new existential questions about the supremacy of consumerism, the power of money, and the crisis of relationships.

The works of Jaroslava Havettová represent an essential part of Slovak animation. She herself is an equally important part of the group of female authors that started to take shape in Slovakia only after 1989.

The DVD launch party and screening of Jaroslava Havettová’s films with the presence of the director herself will take place on 2 July 2022, 2 PM at the Žilina Town Theatre. 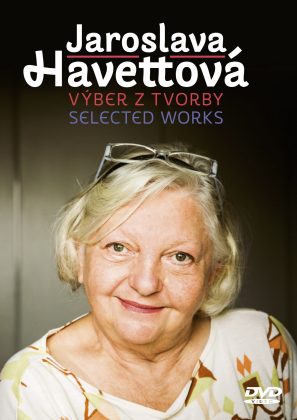